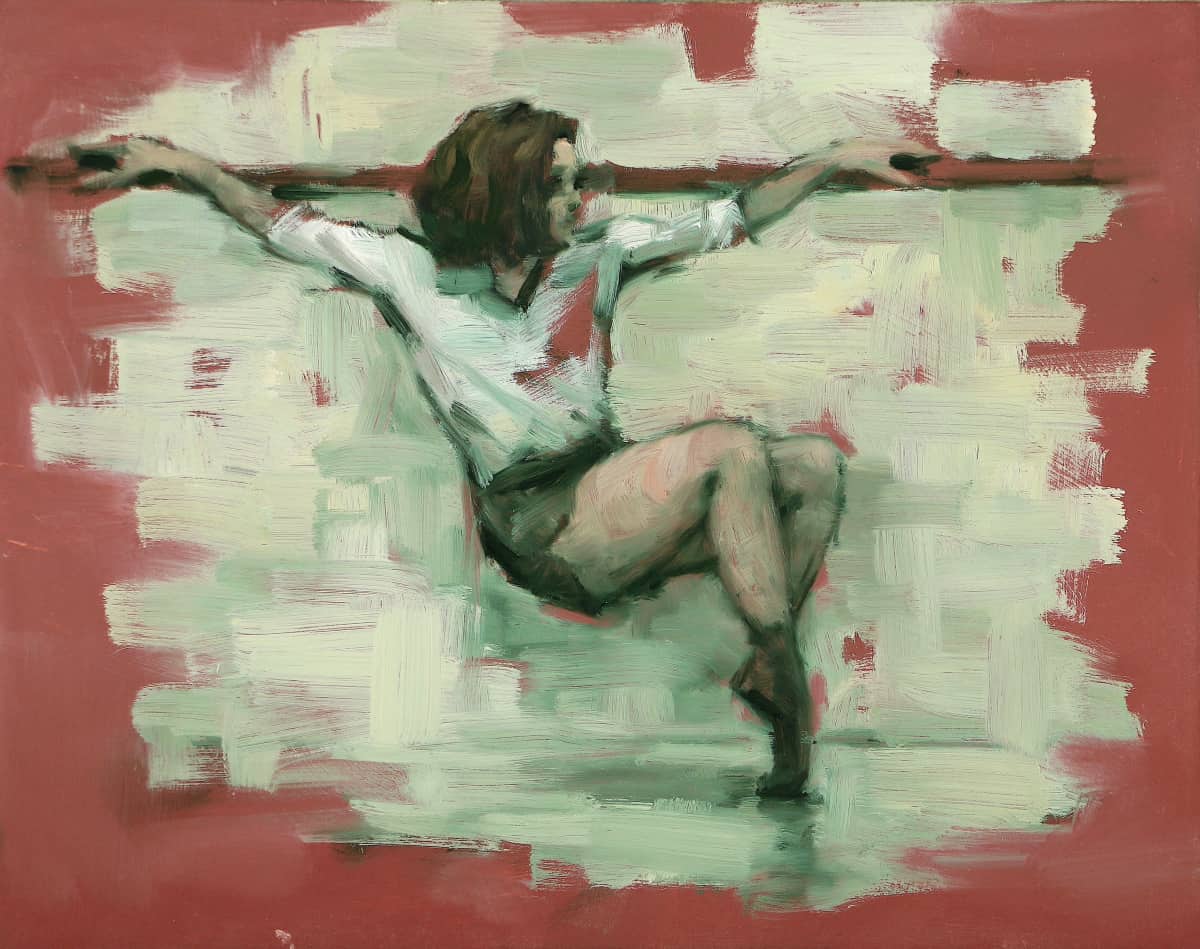 Carl Chapple is a portrait and figure painter. Originally from Dartmoor in Devon, he studied painting at St Martin’s School of Art, London and now lives and works in Barry, Wales. While a student he spent the summer researching the art and culture of classical antiquity in Greece and Turkey which was a foundational reference in shaping his artistic practice.

Carl travelled for 4 years after graduating, particularly studying art across Tuscany, Italy, including at the Uffizi Gallery in Florence, while working as a teacher. He set up a studio in London on his return, developing his life drawing skills, before moving to South Wales in 2003 where he continued his development of his paintings from life, particularly the nude.

In around 2010 Carl’s work took a change of direction from nude life studies to portraiture of stage performers such as musicians, comedians and dancers. From this he developed an interest in portraying dynamic figures in action rather than a static portrait and began to work increasingly with dancers in collaborative projects which led to him being appointed artist in residence with the international dance company Ballet Cymru. During the Corona Virus pandemic in 2020/1 these collaborations moved to video sharing and internet meetings to facilitate remote working.

Carl exhibits widely and his work is held in private collections as well as the collection at the Museum of Modern Art, Machynlleth, Wales.