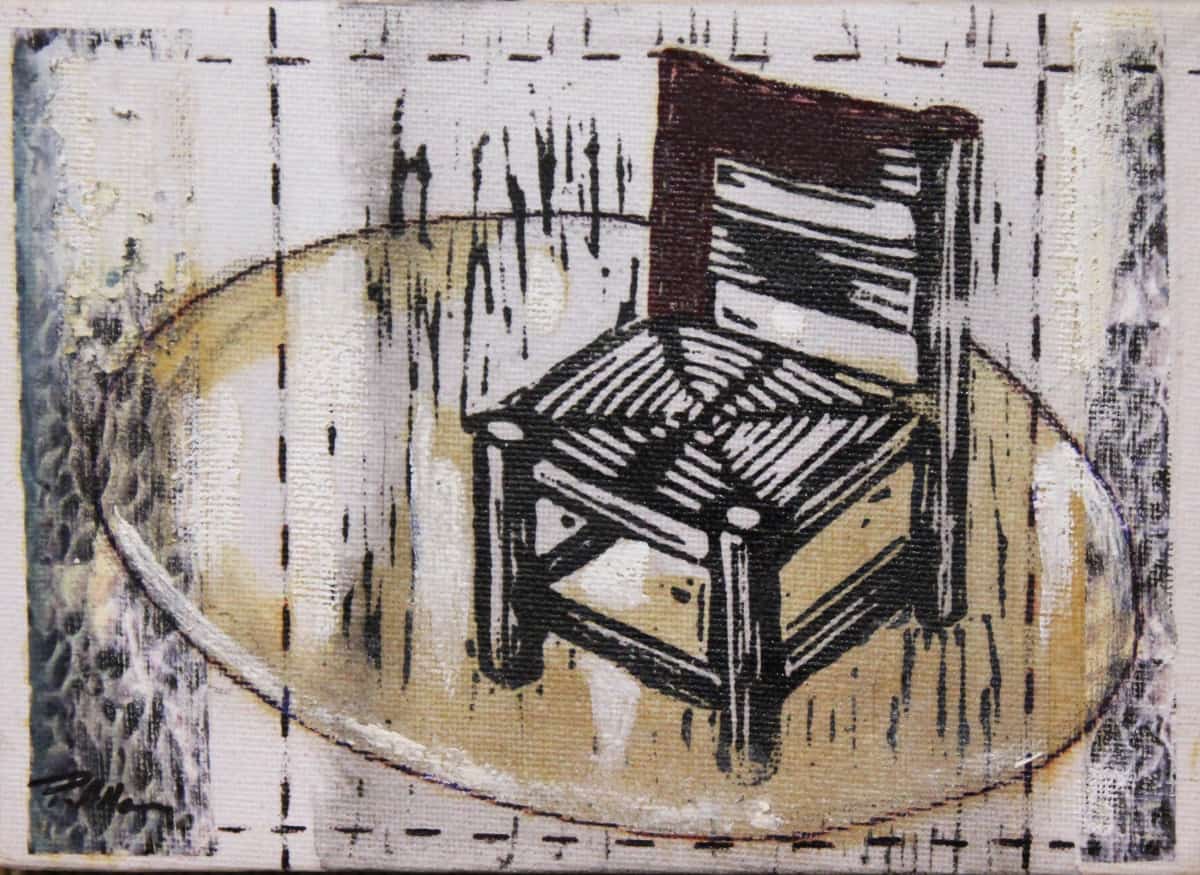 Peter Allan lives in Scotland, growing up in Fife and then studying at Duncan of Jordanstone from 1983 to 1987. He subsequently worked as a full time artist at Meadowmill studios in Dundee before returning to DJCAD in 1992 to complete a Masters degree in Fine Art. His tutors included eminent artists James Morrison, Alan Robb, Ronnie Forbes and Will McLean.

He mainly works in oil paint, printmaking and sculpture in wood or ceramics. Peter often combines these techniques in mixed media approaches in his work.

”I enjoy the relatively quick approach of printing, in particular lino or wood cuts and monoprinting. Taking inspiration from Andy Warhol I often print my work onto canvas. This allows me to create a bank of images which I can reproduce multiple times or combine with each other to create new compositional ideas. Printed images are always combined with other techniques to produce individual unique works of art rather than multiples of the same image. Through developing lino and woodcuts skills I have made, what seems to me, a natural progression into woodcarving sculptures; the 2D woodcut technique remains in the 3D form of the sculpture. I have always enjoyed the look of a woodcut block prior to printing and have tried to retain that kind of mark making in the sculptural forms I create. I draw inspiration for the imagery used in my work from various personal experiences and the natural environment. I tend to prefer working with still life and landscape themes which I can adapt to create an underlying surreal element and sense of playful humour through the use of juxtaposition of imagery, technique or perspective.”

Peter has won a number of prestigious art awards including the Elizabeth Greenshields International Art Award on two separate occasions and the Seagate Gallery, Dundee ‘Paperwork’ exhibition award which resulted in a major one man show of his work in 1993. His work is in private and public collections in Scotland and across Europe. He has exhibited his work at a number of solo exhibitions throughout the UK including London and at the major annual open exhibitions in Scotland including the Royal Scottish Academy, the Scottish Society of Artists, Aberdeen Artists Society and the Glasgow Institute. He has lectured at a number of colleges and is currently the head of Expressive Arts at Montrose Academy.