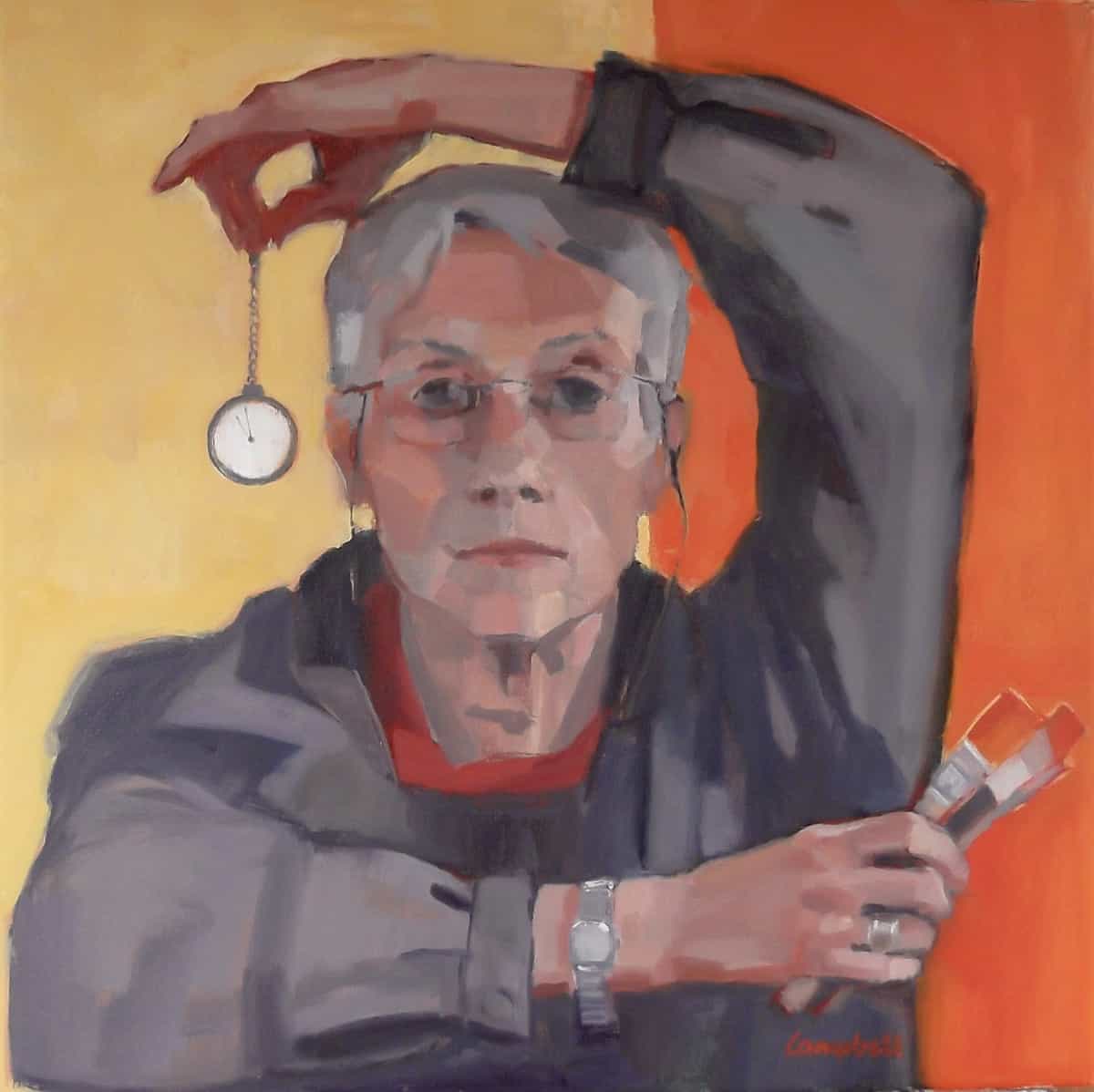 Catriona Campbell’s paintings are her personal observations of the world which have great appeal and, sometimes, humour. She loves to paint portraits and people living their lives as well as having a great love of horses which are a frequent subject of her work.

She was born and brought up in Dollar and studied at Glasgow School of Art from 1957-61 where she was taught by David Donaldson and Mary Armour. She learned about colour and space in composition from the works of Degas, Uccello, Velazquez and Stanley Spencer. She also learned from her father, Ian Campbell, an accomplished artist and art teacher.

She has been awarded the GSA Somerville Shanks Prize for Portraiture, the Society of Scottish Woman Artists Founder’s Prize, the Anne Redpath Award and Morton Fraser Award. Catriona exhibits widely, including at the Royal Scottish Academy, The Royal Glasgow Institute, the Royal Society of Portrait Painters (London) and Paisley Art Institute. Her work is in public and private collections in the UK, Spain, America, Canada, Australia, New Zealand and Hong Kong.