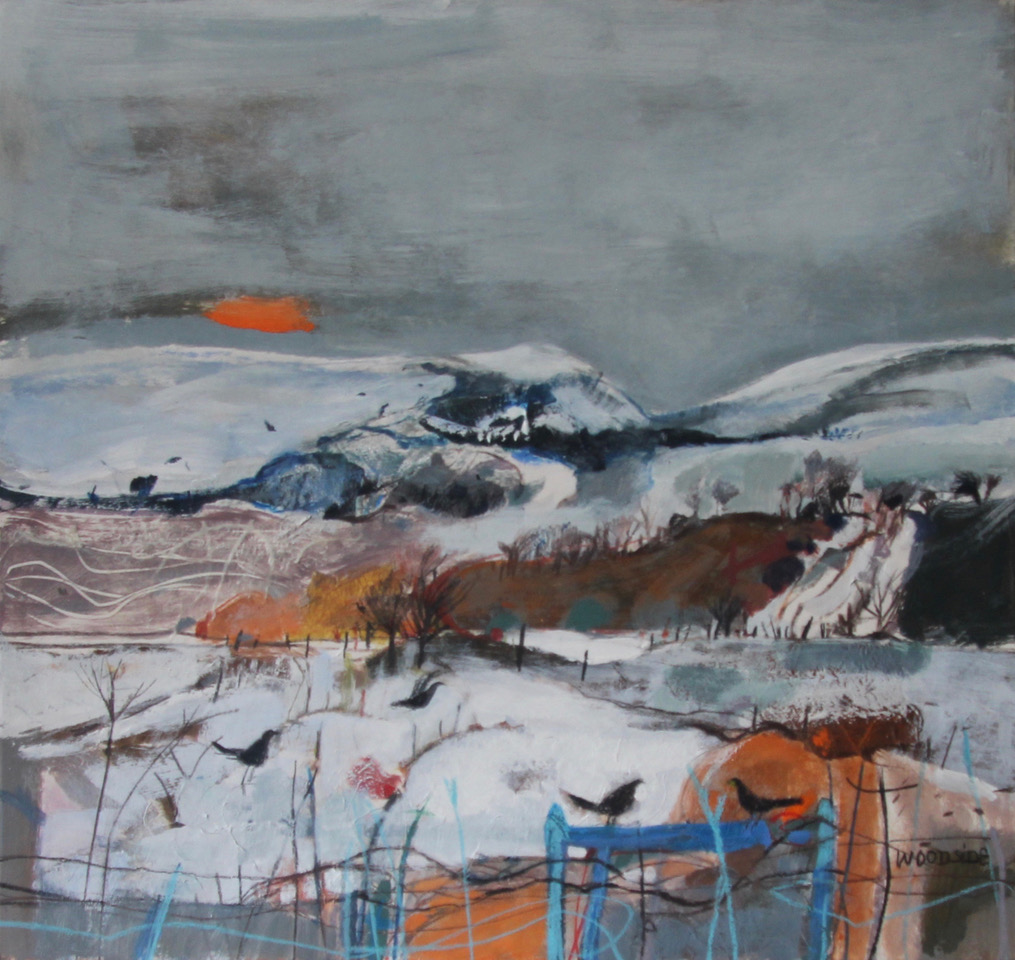 Christine Woodside RSW RGI (b.1946, Aberdeen) is a Scottish artist based in Fife. She studied at Gray’s School of Art in Aberdeen, graduating in 1963. Soon after graduating, Christine won the prestigious David Murray Scholarship for Landscape painting in 1966 and then the Hospitalfield Scholarship in 1968.

Christine continued to paint to much critical acclaim, in her preferred medium watercolour, whilst bringing up her young family in the 1970s and 1980s. Devoting her time to her young family, it wasn’t until the early 1990s that Christine returned to exhibiting. In 1993, Christine was elected as a member of the Royal Scottish Society of Painters in Watercolour (RSW) and, two years later, she won the Teacher’s Whisky Travel Scholarship at the Royal Glasgow Institute of Fine Arts (RGI). This major award allowed Christine to travel to North Africa, a visit that was to have a significant influence on her work, changing both her style and interpretation.

The change in Christine’s work also marked a step forward in terms of expanding her recognition, and her paintings began to be bought and subsequently feature in a number of permanent collections, including the Royal Scottish Academy (in 1996) and similar bodies in various parts of the country. Her work is also held in a number of private collections in the UK. In 1999, Christine was elected as a member of the RGI.