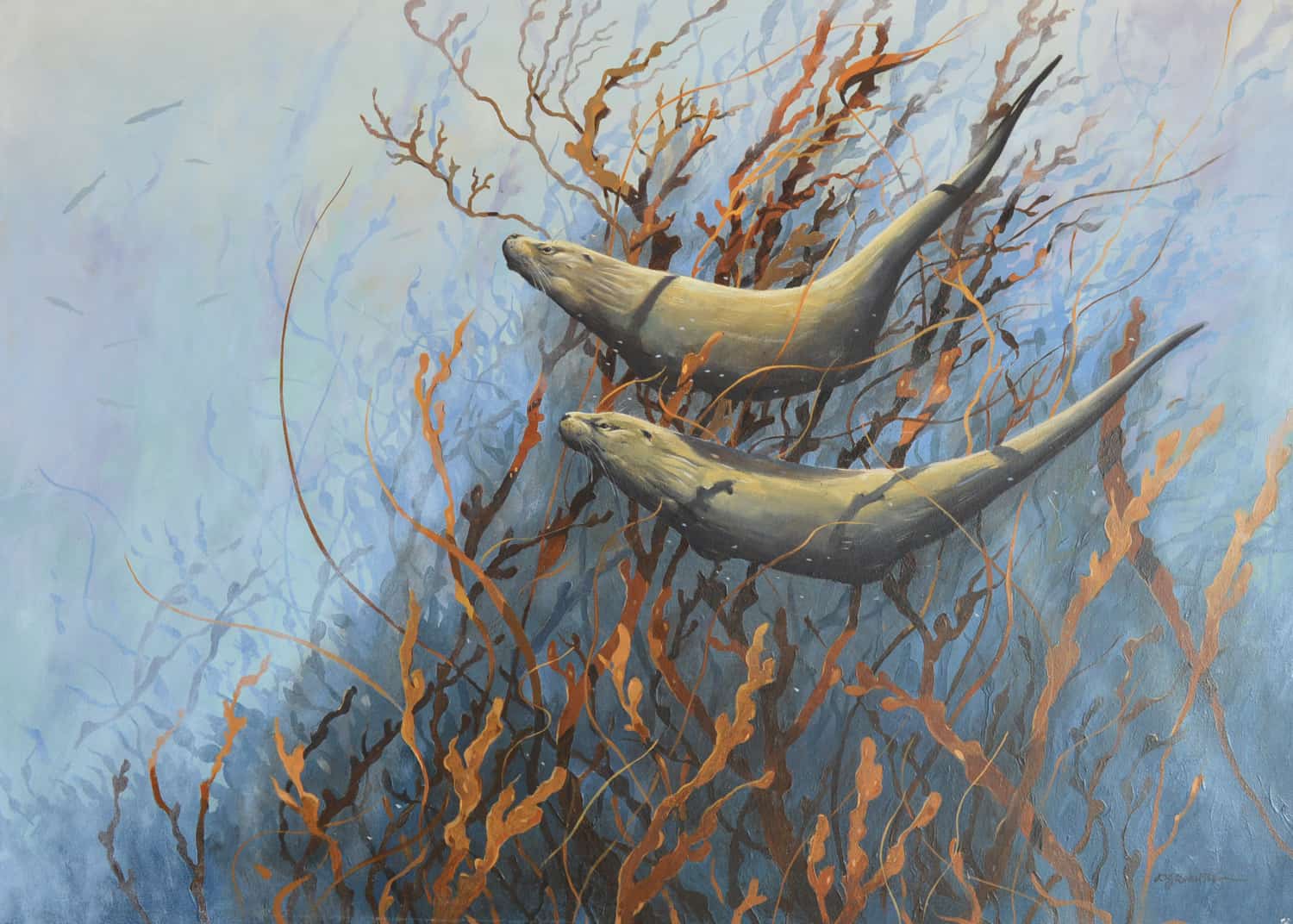 Derek was born and raised in Fife where he now works from his studio in Balmerino on the edge of the Tay estuary. Since graduating from Duncan of Jordanstone Art College in Dundee he has established a name as one of the country’s foremost wildlife and landscape artists and has had several books of his work published.

He is regularly featured in the press, radio and television and has written and presented a number of TV programmes including a 4 part series, ‘Drawn From Wild Places’ which was nominated for a Scottish Bafta and an award at the Cannes Film Festival.

When he’s not painting, Derek contributes to scientific research work as an enthusiastic amateur naturalist, researcer and bird-bander.