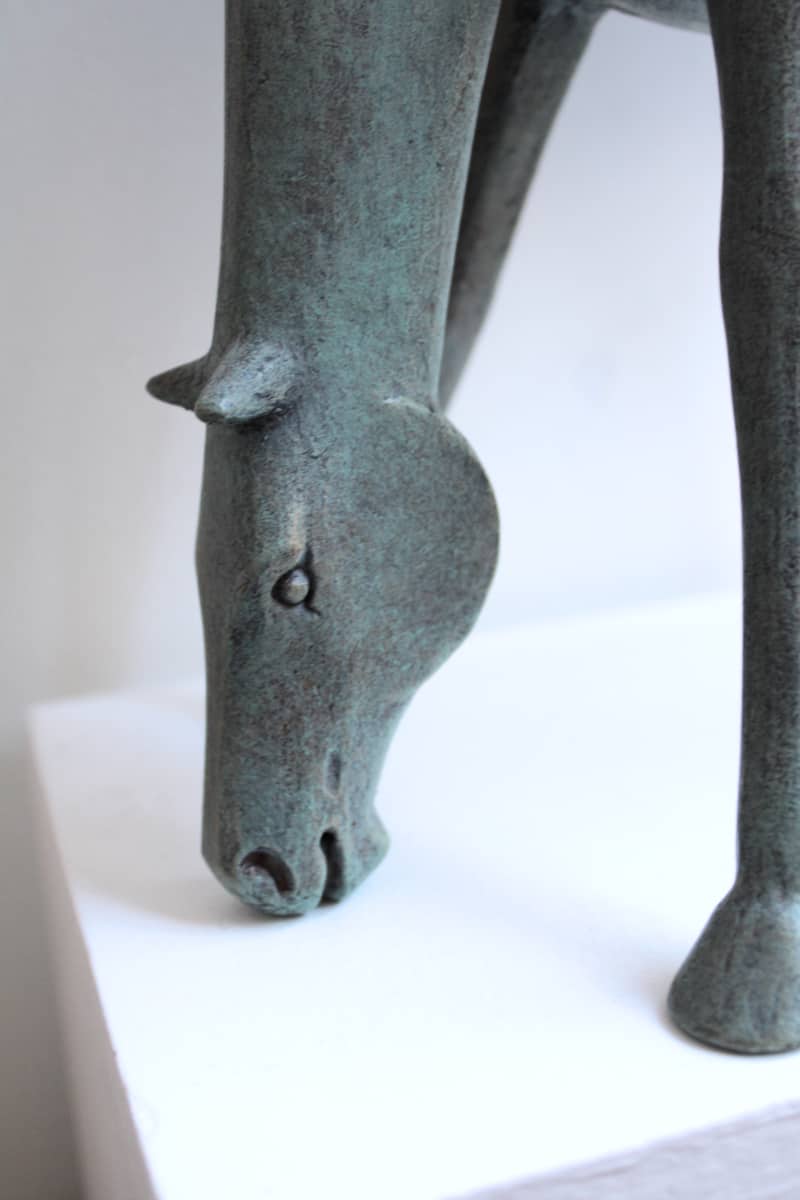 Eoghan Bridge is primarily a sculptor. He was born in Edinburgh in 1963 and now lives and works in a small market town in Yorkshire.

Eoghan’s a second generation sculptor and has lived his whole life immersed in a sculptural environment, so it’s no surprise that sculpture became his chosen language. He initially found a way to express himself through the composition of horses and riders. His ability to handle clay and understanding of the moulding process, allowed him to explore equestrian composition from an innovative perspective. After studying the history of equestrian sculpture, he was able to take this long established tradition and literally turn it on its head. He produces his sculpture in bronze, ceramic and resin bronze and aluminium. Recently, he’s developed this work further through drawing and prints, and in the process discovered a raw and intuitive approach to guide his creativity with a fresh purpose.

Eoghan Bridge’s sculpture is on show at various galleries throughout the United Kingdom. He has taken part in many group and solo exhibitions. He has received awards and commissions; including wall sculptures for the P&O Cruise ship Ventura and was awarded the ‘Ireland Alloys Award’ from the Royal Scottish Academy. He has two large bronze public sculptures in the city of Edinburgh at Rutland Court (Horse & Rider) and Silvermills (Horse-Rider-Eagle). Following his degree show in 1985, he exhibited with the Duncalfe Galleries, Harrogate where the art critic for the Evening Standard, Brian Sewell, praised Eoghan’s work and added a bronze sculpture to his own art collection.