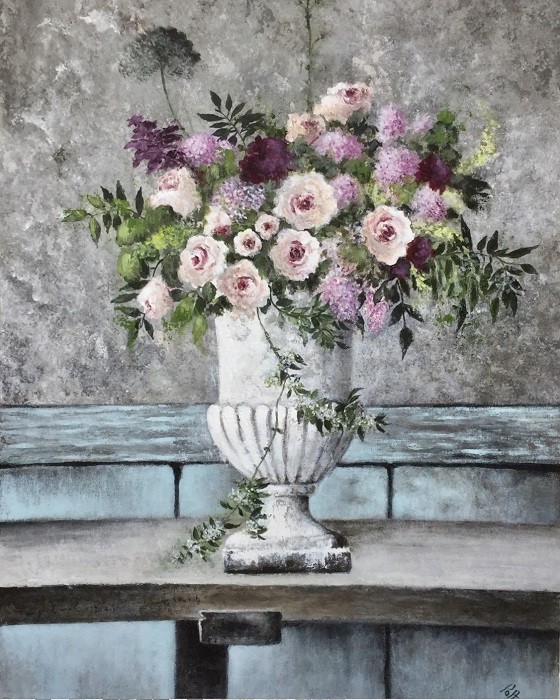 Born in 1957 in Dundee, Gail has had a natural instinct for art since childhood. She excelled at art at school from a very young age, and won a number of prestigious art prizes. She continued to show promise throughout further education in Dundee only to greatly frustrate her art teachers by not following art as a career by going on to Art College. For important family reasons at the time she sought employment, which began in banking.

With marriage and family commitments that followed, she moved home a number of times around Scotland and spent a few years in Glasgow. It was at this time that her love of art and painting resurfaced and she studied art and began painting again by attending evening classes at Glasgow School of Art. After a number of further house moves, Gail finally settled in East Lothian in 1993.

In 2008 Gail again returned to her love of painting and steadily built up a steady flow of work via commissions – a mix of landscape and still life work. Over the past few years she has exhibited in a select number of galleries mostly in the East of Scotland and has gradually scaled back other business commitments to paint full time.

Largely self-taught, she has been coached and trained by well – known Scottish contemporary painter and art lecturer George Birrell who took her under his wing when seeing some early work. Most recently she has focused on still life compositions, merging abstract use of perspective and plane with realism in terms of objects and floral studies. Her work is distinctive and easily identifiable, but not, as yet readily available, as she is painstaking in her approach to each piece and highly selective in terms of her choice of gallery space.
Her work is in a number of prestigious private collections both in the UK and abroad.