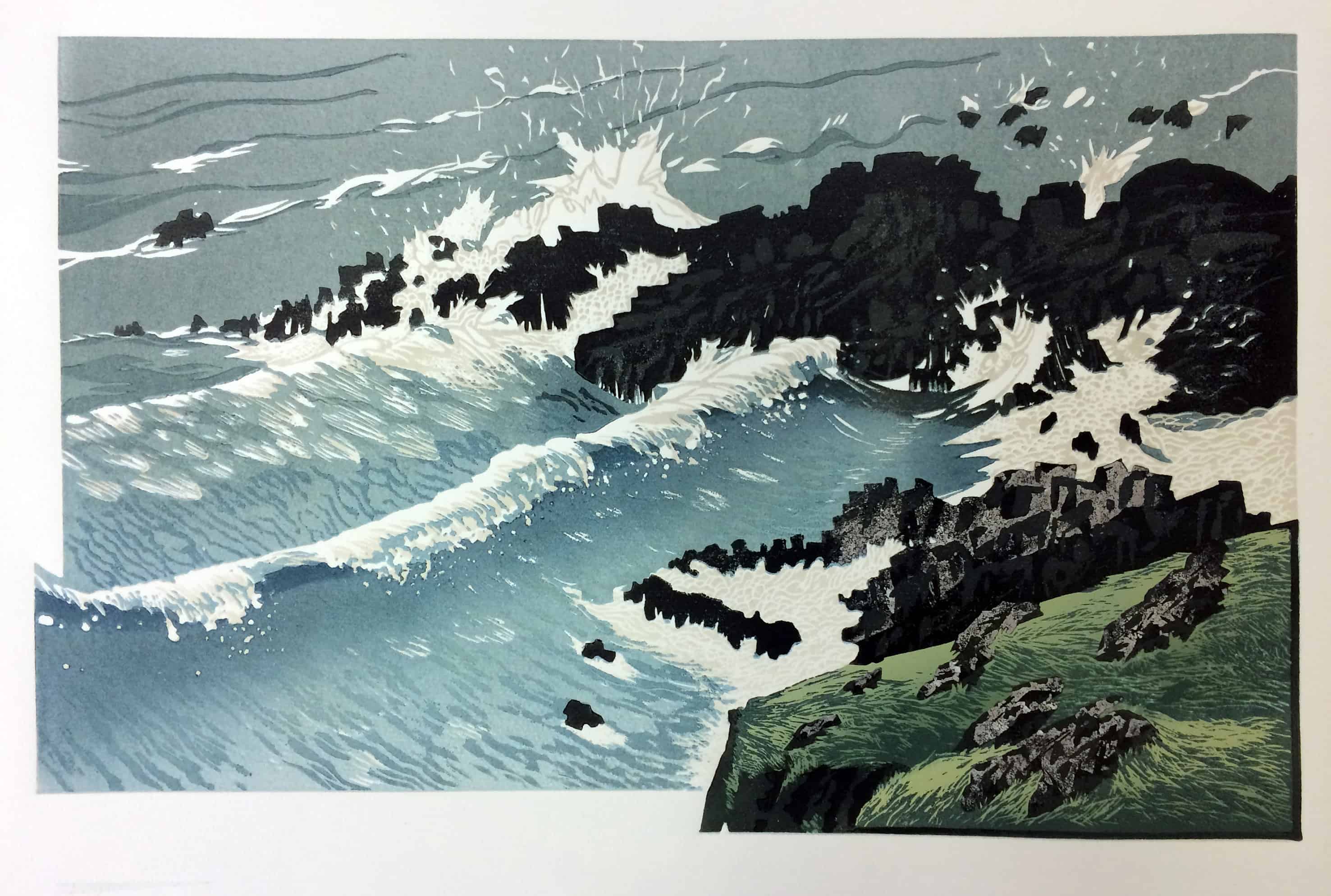 Ian Phillips is a printmaker living in mid Wales. He has been working in hand printed reduction linocut for over twenty years. He specialises in consecutive series of prints taken from drawings done while walking long distance footpaths or exploring particular areas of interest.

Ian studied Illustration at Leicester Polytechnic where he discovered Japanese woodcuts which have influenced his work ever since. After working as a freelance Illustrator in London he moved to Wales to concentrate on the landscape and becoming a better printmaker. He has exhibited widely across the country including The Mall Galleries, London, and in Hong Kong and the USA. He also had a residency at Djumbunji Print studio, Cairns, Australia.

Ian is a member of a print collaboration called Pine Feroda who produce large woodcut prints and are based in North Devon.