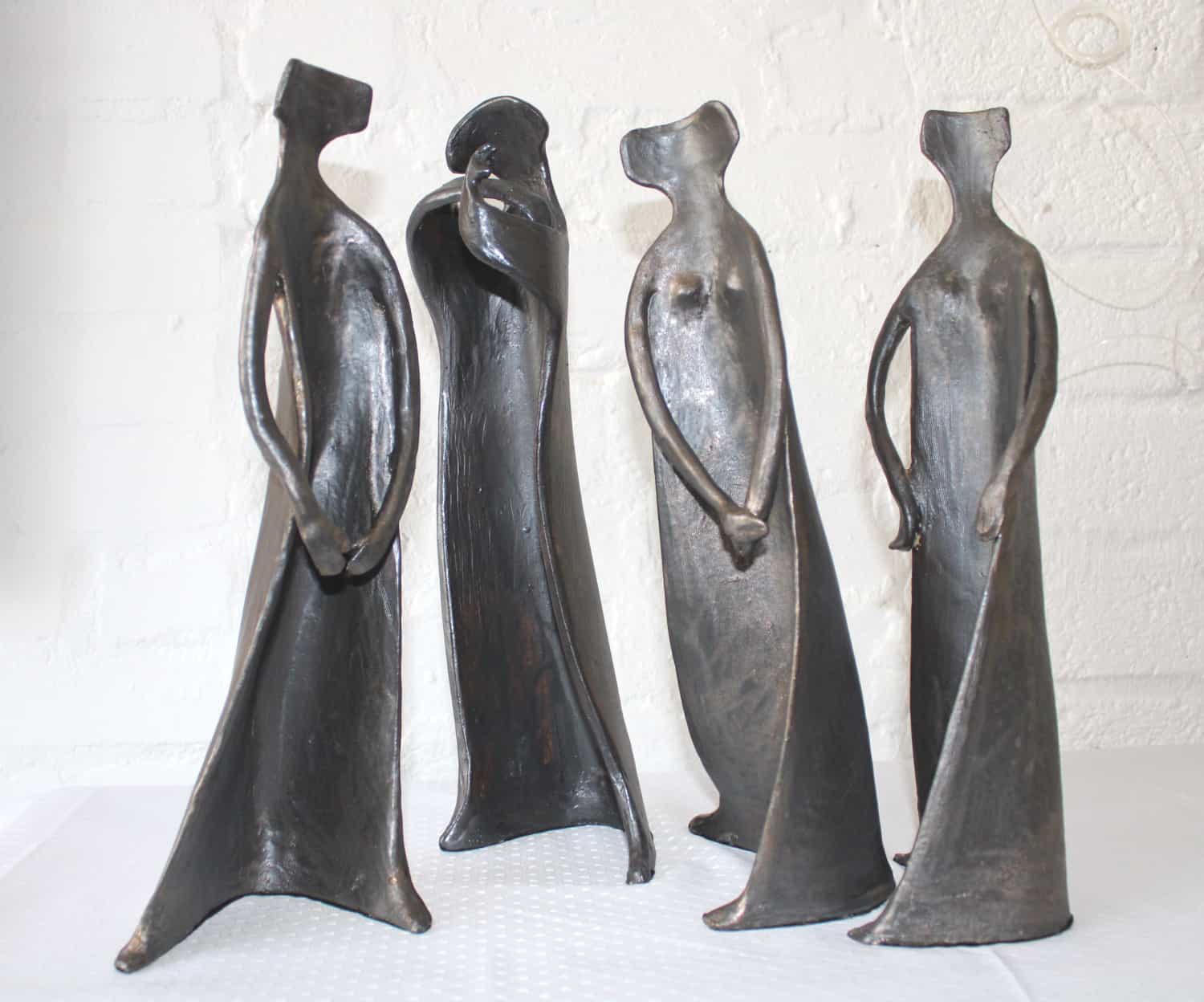 Joan Brown was a ceramic sculptor. She trained in drawing and painting at Edinburgh College of Art and the University of Edinburgh where she obtained a Diploma in Art and an MA Hons. in History of Art. She was lucky enough to study at the art college at an exciting time when John Maxwell and William Gillies were teaching and Anne Redpath was a strong influence. She took postgraduate courses in textile design and later etching at the Central School of Arts and Crafts, London. She exhibited her woodcut prints and paintings in London and also in Cambridge, Edinburgh and the US.

Joan took up pottery in 1967, set up her own workshop and worked in this medium from then on. She was an elected member of the Society of Designer Craftsmen and an associate member of the Craftsman Potters’ Association. Joan held several solo exhibitions in Richmond, Surrey and also at the Ice House, Holland Park.

She worked on several projects in ceramics for architects (she was married to the well-known landscape architect Michael Brown), creating decorative bricks and water sculptures for housing developments, including a large ceramic water sculpture for the roof garden of the Royal Northern College of Music, Manchester as well as other private commissions.

Joan moved back to Edinburgh in the 1990’s and worked on small, organic pieces, some made in porcelain and inspired by natural forms as well as on larger, sculptural figures.

She exhibited in galleries around Scotland and was accepted on several occasions for Christmas exhibitions of the SAAC in the Royal Scottish Academy in Edinburgh where she won an award for the most original work. She was a member of the Scottish Potters’ Association.