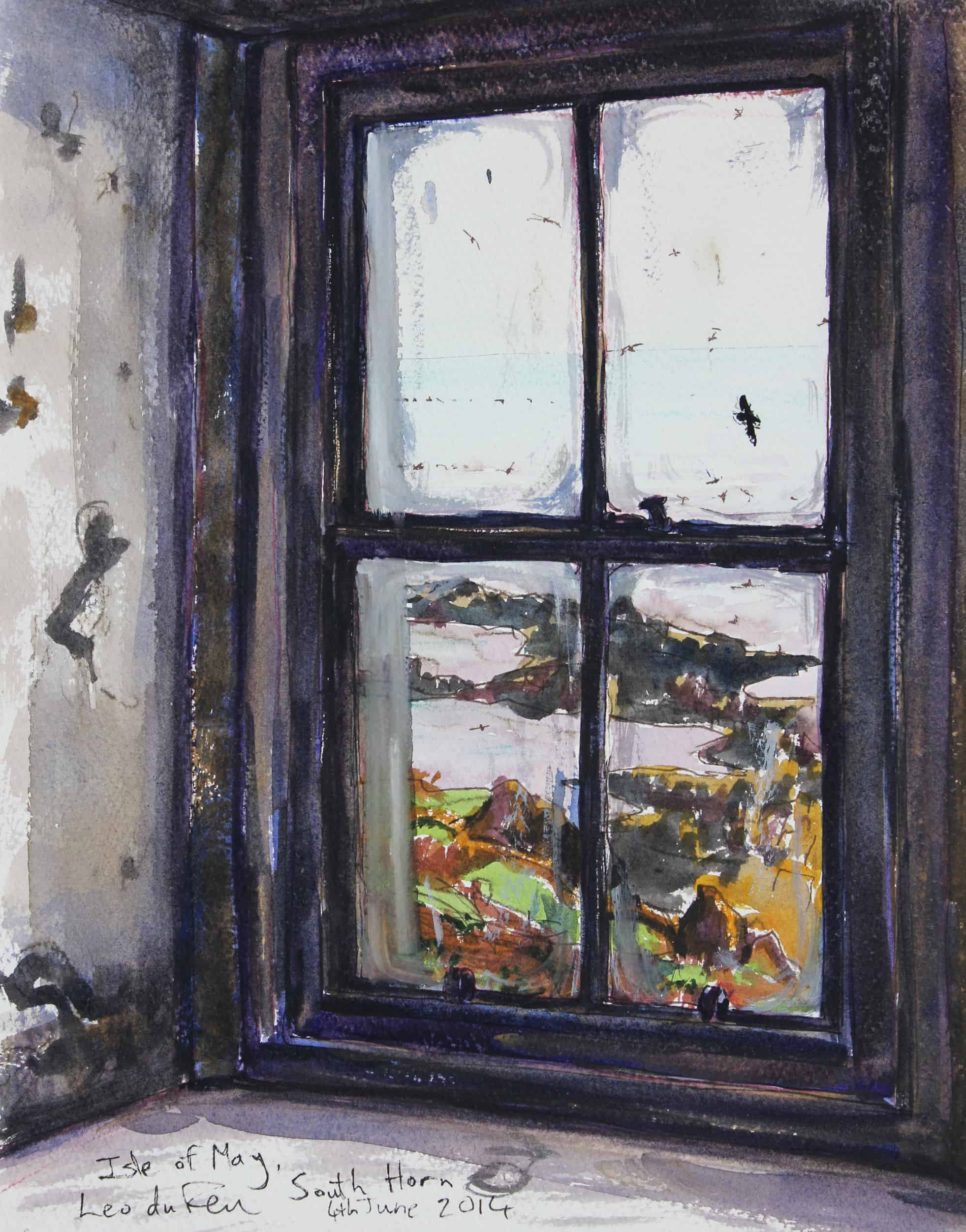 Leo du Feu was born and brought up in Scotland. He graduated in Drawing & Painting from Edinburgh College of Art in 2006 and has received grants and travel awards from The Bet Low Trust, The Royal Scottish Society of Painters in Watercolour (RSW), and the Royal Over-Seas League (ROSL).

The natural world is Leo’s focus. Landscape and nature is what inspires him and he spends as much time as possible in the outdoors. A large part of his work is from life, out of doors, often painted and sketched in watercolour. Acrylic and oil paintings are worked on at home in his studio in Burntisland on the Fife coast.

Leo’s largest public commission to date is four 4-metre paintings for permanent display at the Royal Observatory Edinburgh. Another large commission was six 4x4ft outdoor murals on panel for Dalry station in North Ayrshire. He has an ongoing ‘Scotland by Rail’ project he is supported by ScotRail to highlight just how rail accessible a lot of this country is. He runs workshops for local authorities, for individuals, and groups. He regularly provides workshops for Scottish charity Art in Healthcare as well as sitting on their Art Collection Committee.

He is a keen birdwatcher and supporter of conservation, volunteering periodically for the RSPB and undertaking regular bird counts for the British Trust for Ornithology (BTO).

Leo has two books published – ‘Sketches from Canada’ and ‘Landscapes and Birds of Scotland: an Artist’s View’. He gives talks about his books and his art and nature travels. He has spoken among others to the Linlithgow Book Festival, Blackwell’s Bookshop, the Saltire Society, the Friends of the RSA, the Scottish Arts Club and the University of the Third Age.

Leo’s explorations of Scotland can be followed by searching “Scotland by Rail” on his blog – www.landscapeartnaturebirds.blogspot.com