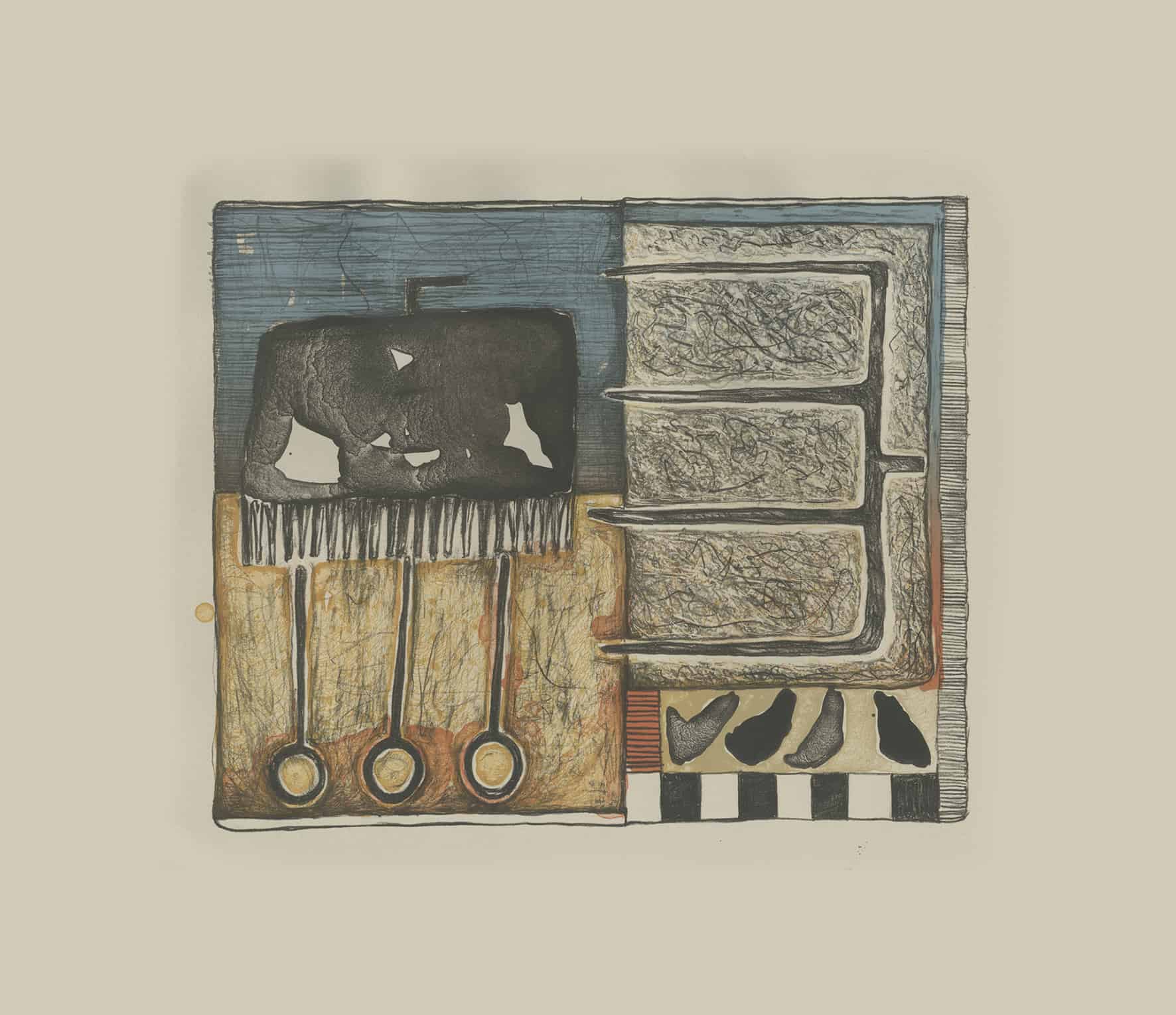 Paul Croft was born in 1963 in Belfast, Northern Ireland, and currently lives and works in Aberystwyth, on the West Coast of Wales, where he is a Lecturer in Fine Art Printmaking at The School Of Art, Aberystwyth University.

His work is predominantly concerned with the development of a personal visual language, which has sought to synthesise motifs from a broad range of observations, still life and found objects, informed by ongoing research into letter forms, characters, alphabets and his efforts to learn Mandarin. He uses drawing and printmaking to create his work, often using stone and plate lithography techniques as well as woodcut, monotype and stencil printing.

Paul studied Drawing & Painting at Edinburgh College of Art, specialising in printmaking. In 1996 he became a Master Printer of Lithography at the world renowned Tamarind Institute in Albuquerque, New Mexico USA. In 2008 he was elected as Fellow of the Royal Society of Painter Printmakers. He has exhibited his work throughout Ireland and the UK as well as Japan, USA, Hong Kong, China, Australia and New Zealand. He is a founding member and director of Aberystwyth Printmakers.

Work by Paul Croft TMP RE: