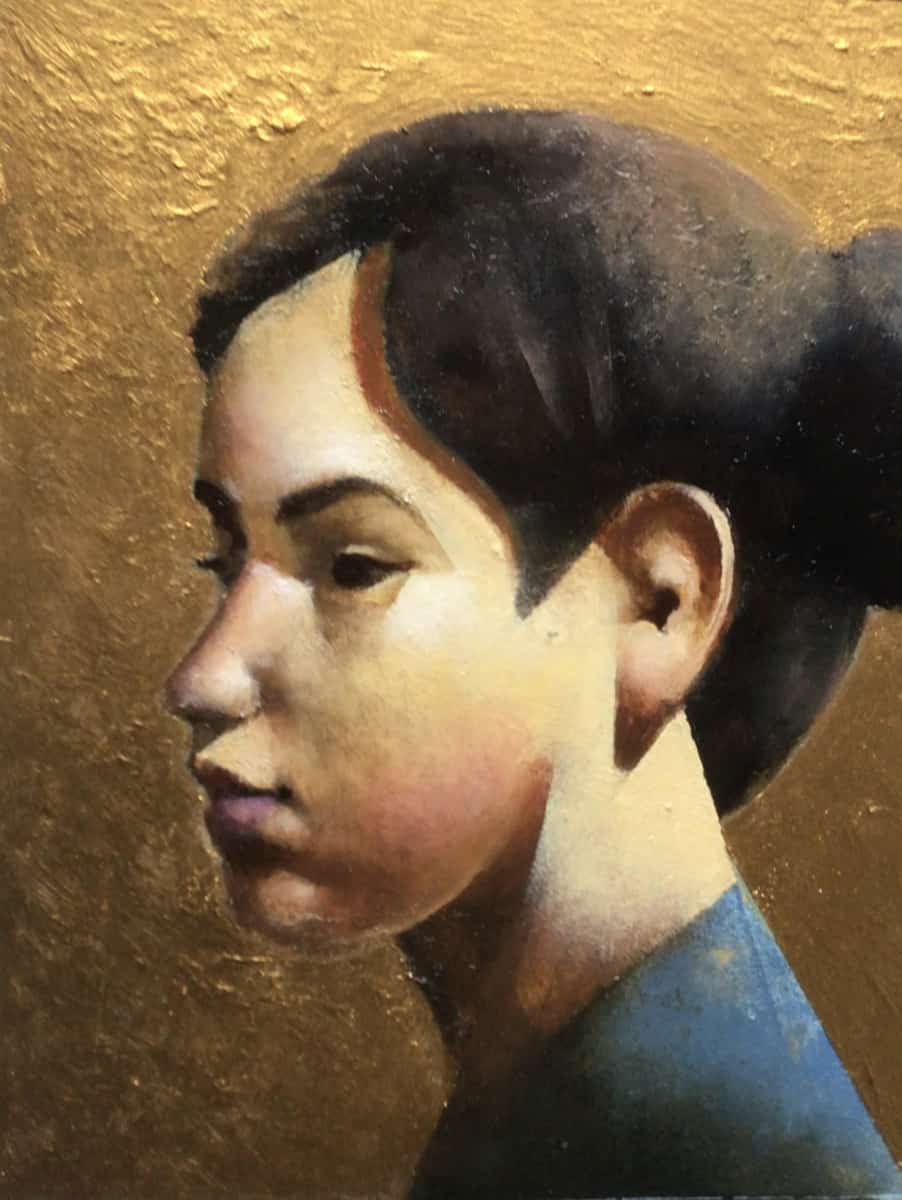 Stephen Mangan is a figurative painter. His work is particularly distinctive with an otherworldly feel. Favourite themes include racecourses, train stations, beaches, harbours, fairgrounds, cafes and theatres where the busy scenes are almost eerily calm with each figure engaged in their individual, quiet contemplation.

He was born in Edinburgh in 1964 and graduated with a BA Honours degree in drawing and painting from Duncan of Jordanstone Art College, Dundee in 1988. After completing his post graduate diploma in 1989 his work has been shown in numerous solo and group exhibitions throughout the UK, USA, Hong Kong and Holland to name but a few.

“I’m interested in the relationship between people and certain leisure environments; how they, or we, fit into the world. I seem to be drawn to people in group situations yet I paint them as separate individuals who do not look as thought they are with other people. It is an odd type of interaction .”

Stephen’s style is methodical with careful consideration given to composition; razor sharp lines are seen in boats masts, racing posts, beach huts and horizons, which create a pleasing geometry to guide the eye and provide balance to the roundness of the main figures.

His work is considered highly collectable and is held in many private and public collections globally including the Metropolitan Museum of Art in New York.